Why bother reviewing a slow cooker since its principles have stayed the same over decades if you discount the fact that original slow cookers were made out of stone? Cooking performance is one reason.  Best slow cookers could be ceramic-made crock pots that stay true to the spirit of slow cooking and perform differently than metal-based than run hotter. They clean differently too.  Other differences are in design and feature not directly related to cooking. The following reviews could help you find what is the best slow cooker for you.

Breville offers a classic no-nonsense approach to slow cooking. A single dial lets you control your cooking mode. Simplicity itself.  The searing part comes from the cast aluminum inner pot you can place on your burner to sear your meat before you place it in the pot. This searing locks in juices.

It is all metal, so you can’t peak through. And like other all-metal units, Breville slow cooker also runs hot which means fast which means what the heck? The whole point of slow cooking is low heat to preserve nutrients.  Check out the video below for a Breville Slow Cooker with EasySear review.

This slow cooker delivers slow cooking and versatility.  It has lid locks and cord wrap which makes it easy to carry to your next potluck or weekend get-together. It has a warm function and other basic but necessary elements like a cooking thermometer. , the Crock-Pot Cook & Carry stays true to the slow-cooker formula but adds just enough to justify the higher price tag. It helps that it cooks well, too. Watch the video below for Crock-Pot Cook & Carry Digital Slow Cooker review. 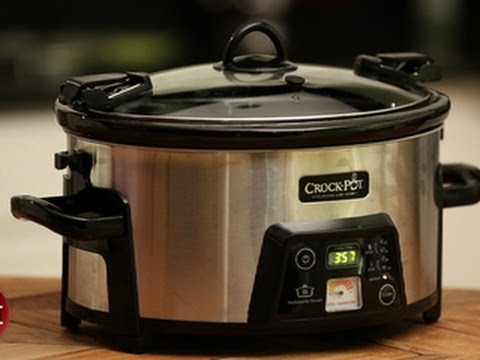 The newer models of this slow cooker are priced around $60.  It is good for a large family or you entertain large groups often.  High settings could be a letdown.

Good looks and a larger-than-average crock are worth paying for, but with few convenience features, and underwhelming performance on its high setting, we can’t stomach that kind of a premium. Watch the video below for a review of the Frigidaire Professional 7-Quart Programmable Slow Cooker. 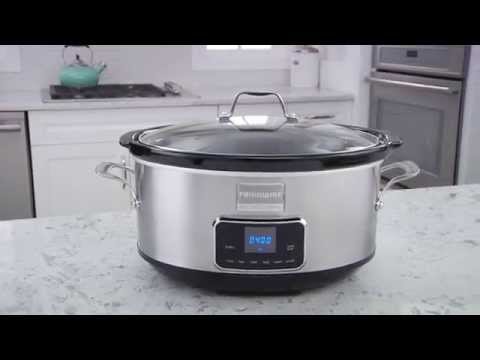 Let’s start with the bad news first. I like to know my downside first.  The handles are too large which increases the footprint on the counter and it is missing a cord organizer which is important to a neat-freak like me. However, its built-in temperature probe and its different automated cooking modes make my life easier and that overrides my neat-freak tendencies.  Similar to  Crock-Pot, this slow cooker follows the spirit of slow cooking and delivers what it promises. Watch the video below for Hamilton Beach Set ‘n’ Forget 6-Quart Programmable Slow Cooker. 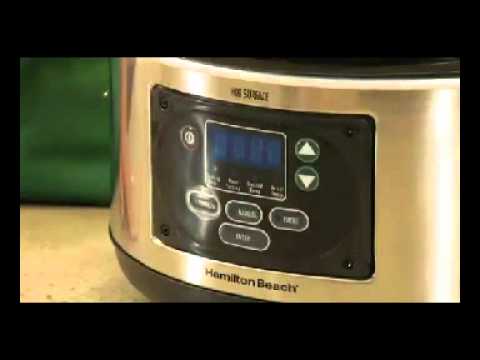 The manufacturers of Ninja went out of their way to appeal to those who want to have it all.  You can use the cast-aluminum pot to sear and bake directly over, and get this, not the oven but its own heating element. This is perfect if Ninja is all you have. Its performance could match  Breville, which is also a metal-based crock. And that is the rub. It runs too hot for my taste. That is life, you can’t satisfy everyone. The best slow cooker for me could be a pain in the Tukhus for you.

Watch the video below for a review of the Ninja Cooking System. 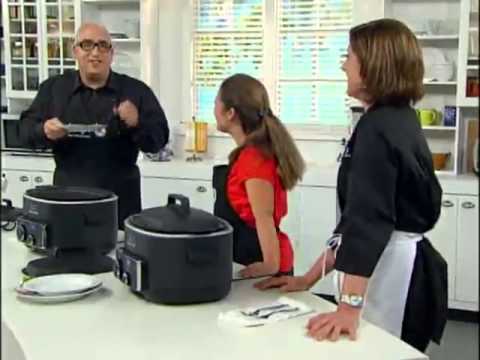